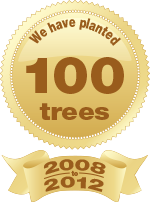 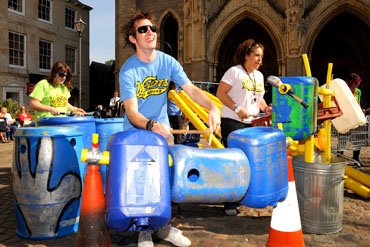 Planting five trees for every event

Hailed as the UK’s greenest band, Weapons of Sound thump out their eclectic brand of junk percussion on an array of unusual instruments from shopping trolleys and plastic barrels to gas pipes and scaffolding poles... they even use the kitchen sink! Travelling the world over, the innovative group dazzle and motivate audiences with their jaw dropping show and inspire people of all ages with their encompassing workshops.

How it all began:

The Plymouth-based band began in 1993 as part of a university project for founding member, James Kimber, who’s creative and musical talents led him to organise drumming workshops for a local youth group using junk and other recycled waste. The sessions were so good that the youngsters decided they wanted to start a band and create their own music. They approached Glastonbury the same year, and ended up starring at the festival for the next 12 years. 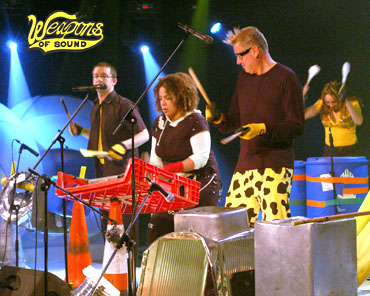 The Music: Impossible to pigeon hole

Weapons of Sound’s back catalogue has broad appeal with drum and base and break beat style records followed by blues and swing numbers all impossible to sit still to.

Since 1993 Weapons Of Sound have performed both nationally and internationally in over 2000 gigs and workshops in stadiums, theatres, large festivals, community and street festivals, carnivals, clubs, cabaret stages and street corners as well as a whole host of prestigious corporate events across the UK and the World. WOS have also found themselves added to the bill of some very unusual events including the launching of the XBOX, Surfers Against Sewage Ball and playing with friendly rivals The Blue Man Group in Canary Wharf, London. 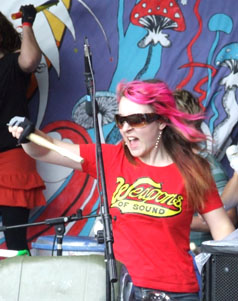 Other performance highlights include performing at the Royal Albert hall to a star studded audience which included HRH Prince Charles and Al Gore (2007), entertaining 85’000 people at Twickenham rugby stadium to open the Heineken Cup Final (2007) and warming up the crowds at the Champions League final at the Stade de France in Paris (2006). Not to mention the top slots at hundreds of festivals, including Glastonbury and Reading, over the years.

From street corners to stadiums Weapons of Sound have done it all and with a new management team at the helm as well as a 15 strong team of polished junk percussionists and workshop leaders they are showing no signs of slowing down.

The current global concern for the environment makes Weapons of Sound even more relevant. They are extremely proud of the green message they are spreading by entertaining audiences globally with their unique brand of junk percussion. As well as offering a pioneering method of reducing, re-using and recycling Weapons of Sound are a phenomenal act with a jaw dropping show to appeal to any audience!